FILMS TO INSPIRE THE BEST IN EACH OF US
DOCUMENTARY FILMS

Monument Multi-Media, LLC headquartered in Atlanta, GA is an independent film maker and producer of inspiring and compelling documentaries about our rich American history, our heroes and “their untold” stories.

Baseball legend, Harmon Clayton Killebrew, was one of the most feared sluggers in the American League during the 1960’s. He earned his nickname “The Killer” due to his immense force at bat . . .

Both cases remain unsolved to this day…

OUR AMERICAN HEROES AND THEIR UNTOLD STORIES

Monument Multi-Media, LLC is committed to honoring our rich American history and our heroes with documentaries that will inspire and make new generations aware of their stories and contributions.

We share a passion for producing documentary stories to inspire, educate and make a difference.

Monument Multi-Media is focused on the excellence in film making for documentaries.

We believe film has to power to transform lives and create change through art of film making.

We are proud to partner with Major League Baseball Team, The Minnesota Twins and The Miracle League a charitable organization dedicated to improving the lives of special needs children.

Check out the lastest news, events and announcements for Monument Multi-Media.

Everyone at Monument Multi-Media is deeply passionate about the work we create. We are driven and committed to producing the highest quality documentary films to inspire the best in each of us and bring awareness to our communities. 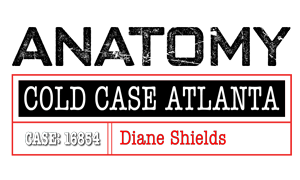 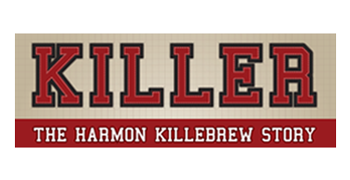 Harmon Clayton Killebrew, who was one of the most feared hitters in the American League during the 1960’s.

“The homers he hit against us would be homers in any park, including Yellowstone.” – Baltimore Manager Paul Richards

Monument Entertainment is proud to announce our Documentary Project honoring baseball legend’s, Harmon Clayton Killebrew, one of the most feared hitters in the American League during the 1960’s. He earned his nickname “The Killer” due to his immense force at bat, he hit 573 home runs over 22 years with more home runs than any other right-handed batter in American League history. Harmon was originally signed by the Washington Senators in 1954 prior to his 18th birthday. In 1960, the Senators became the Minnesota Twins, and Harmon started as their Team Captain playing for them until 1974. Although he was known as “Killer” at the plate, Harmon was a gentle and humble man off the field. Former Twins Public Relations Director Tom Mee said of Harmon “He is one of the finest individuals in the major leagues… to know Harmon Killebrew is to be a Killebrew fan”, and his old Twins teammate Rich Reese called him “One of the classiest people I’ve ever met in my life” further stating “he treated people with respect, even with the stature he had.” When he retired in 1975 from the Kansas City Royals, Harmon ranked “5th All-Time” and second only to Babe Ruth in the American League for home runs. He was inducted into the National Baseball Hall of Fame in 1984.