Harmon Killebrew was one of the most prolific home run hitters in the history of major league baseball. During his 22-year career in the Majors, Killebrew was a prolific power hitter who, at the time of his retirement, was second only to Babe Ruth in American League home runs. He was inducted into the Baseball Hall of Fame in 1984. During the 1960’s Killebrew hit 40 home runs in a season, eight times.

Harmon Killebrew’s finest season was 1969, when he hit 49 home runs and recorded 140 RBIs. Killebrew led the American League six times in home runs and three times in RBIs, and was named to eleven All-Star teams. He hit the longest measured home runs at Minnesota’s Metropolitan Stadium, 520 ft, and Baltimore’s Memorial Stadium, 471 ft, and he was the first of just four batters to hit a baseball over the left field roof at Detroit’s Tiger Stadium.

Despite his nicknames and his powerful style of play, Killebrew was a quiet, kind man. Asked about his hobbies, Killebrew replied, “Just washing the dishes, I guess.” After retiring from baseball, he became a television broadcaster, and served as a hitting instructor for the Oakland A’s. He moved to Arizona in 1990 and chaired the Harmon Killebrew Foundation. He was diagnosed with esophageal cancer in December 2010, and died five months later.

“No individual has ever meant more to the Minnesota Twins organization and millions of fans across Twins Territory than Harmon Killebrew. Harmon will long be remembered as one of the most prolific home run hitters in the history of the game and the leader of a group of players who helped lay the foundation for the long-term success of the Twins franchise and Major League Baseball in the Upper Midwest. However, more importantly Harmon’s legacy will be the class, dignity and humility he demonstrated each and every day as a Hall of Fame-quality husband, father, friend, teammate and man.” 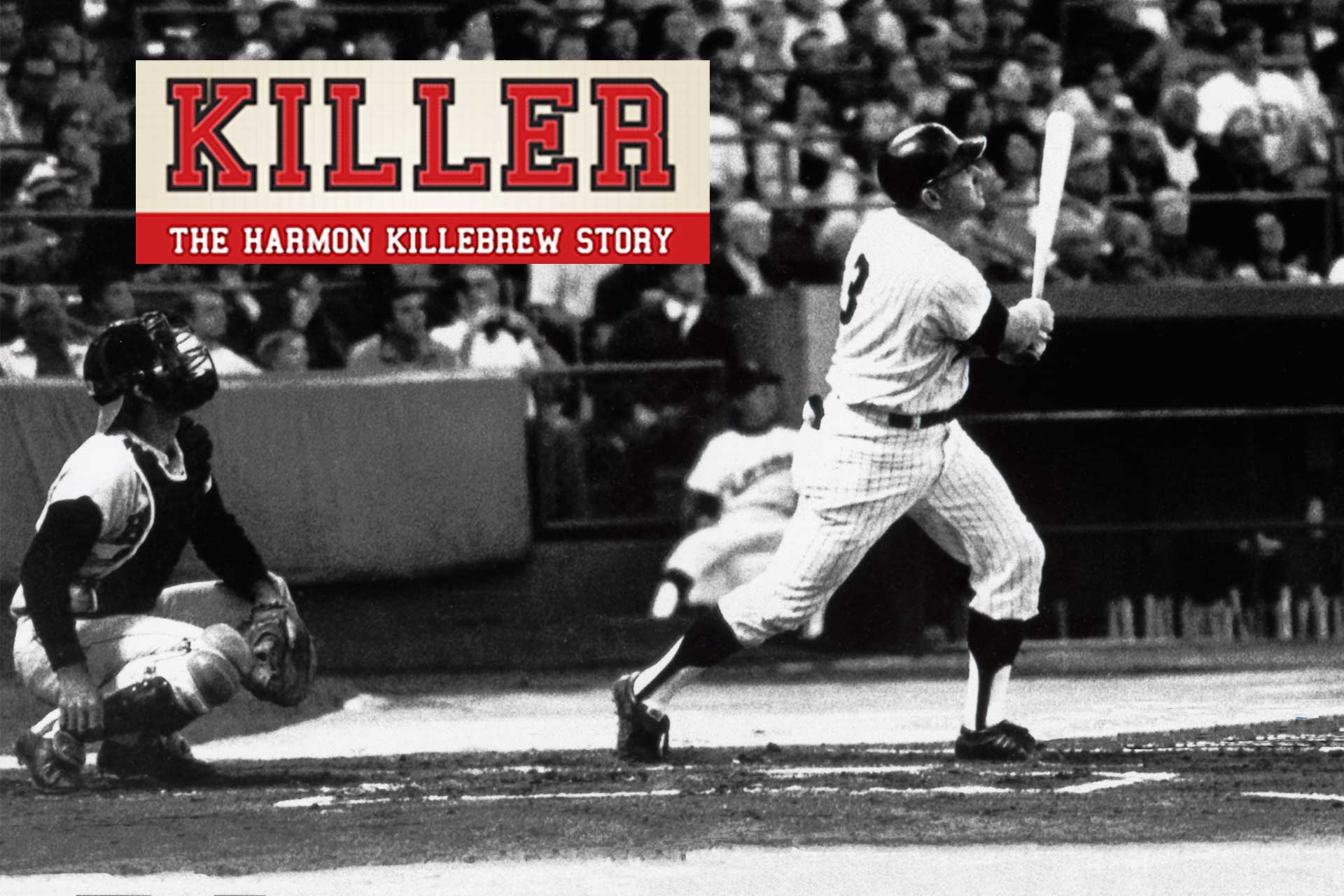 Harmon Killebrew is revered in Minneapolis and St. Paul. Killebrew Drive was named in honor a street next to the Mall of America built on the site of Metropolitan Stadium where the Twins played. His No. 3 was the first uniform number to be retired by the Twins in 1974, the year he left the twins at the age of 38. His congeniality and unblemished personal resume only reinforced the popularity produced by his on-field achievements. He appeared in 2,435 games during his career and never was ejected.

When his cancer was announced, former Twins teammate Tony Oliva said, “I tell everybody he’s too nice to be a baseball player. He’s a gentleman.”

Harmon Killebrew was regarded as one of the most feared sluggers of the 1960s. By 1975, when he retired, Killebrew hit more home runs than any right-handed batter in American League history. Said former Washington Senators player, manager and coach Ossie Bluege “He hit line drives that put the opposition in jeopardy. And I don’t mean infielders, I mean outfielders.”

In 1959, at age 23, Killebrew had a breakout year at the hot corner hitting 42 home runs with 105 RBI. Orioles manager Paul Richards marveled at his immense power and prestigious blasts, “Killebrew can knock the ball out of any park, including Yellowstone”.

June 3, 1967 – Kellebrew’s hit a home run estimated to have traveled more than 520 feet into the upper deck of the Twins’ Metropolitan Stadium – a shot that landed in the second deck of the stadium — the 31-year-old slugger had amassed 380 career home runs, more than the legendary Babe Ruth had hit by that age. 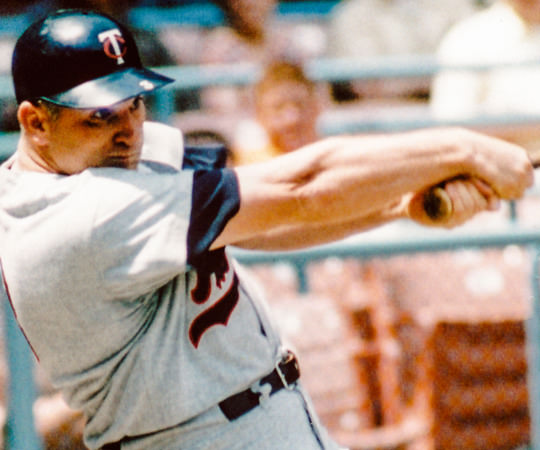 June 19,1968 – 14 years to the day Killebrew signed his original contract with the Washington Senators, he hit a career milestone. Harmon Killebrew would record his 1,000th career RBI. He was the first Minnesota Twins player to do so. The team he did it against: the second version of the Washington Senators (who would later become the Texas Rangers).

August 10, 1971 – Killebrew hit his legendary 500th home run, in the first inning of a home game against Baltimore, becoming the 10th member of the 500 home-run club. “I didn’t feel much pressure, if that’s what you want to call it, until they passed out those mugs,” Harmon said. “Then it seemed everyone started asking about it and talking about it and I tried a little harder to hit it.”

Former Twins Public Relations Director Tom Mee once said of Harmon “He is one of the finest individuals in the major leagues… to know Harmon Killebrew is to be a Killebrew fan”,

and his old Twins teammate Rich Reese called him “One of the classiest people I’ve ever met in my life” further stating “he treated people with respect, even with the stature he had.”